One of the many benefits of a public holiday falling on a Wednesday is that the week ends as soon as it begins. The German Reunification Day on October 3rd this year was one such instance allowing a 5-day weekend (of course only after taking 2 days off at work).

Taking cue from past experiences of friends, my friend and I did our travel and stay bookings 3-4 months in advance. A bit conservative, but was worth the efforts for an economical yet relaxing vacation.

At under 70 Euros/person, the room was cozy with the amenities adequate for the short stay (https://www.airbnb.com/rooms/20822949). The super organized host made the stay that much more pleasant. The Flixbus round trip too was a reasonable 70-80 Euros, with direct connections & travel duration of 8-9 hours in each direction with minimal or no delays (One should always thank one’s lucky stars if the Flixbus connections are punctual !)

Shortly after crossing the borders, 6/8/10-lane highway roads with green fields on either side welcomed us into Netherlands with a dense fog unveiling the curtains gradually. Quite logically, omnibuses services do not provide last mile connectivity to take tourists into the heart of cities. So the drop was at Amsterdam Sloterdijk, one of the secondary, outer railway stations.

A 24-hour ticket costing 7,50 Euros, symphonies from street musicians and a couple of metro/tram rides later, we arrived at Amsterdam Centraal railway station. The building style, with the Amstel river flowing just outside and the numerous bridges across the river, reminded me partly of Chennai Central and its neighborhood.

Later that evening was another free walking tour, (SANDEMANs Free walking tour http://www.neweuropetours.eu/amsterdam/en/home), with a lighthearted freelance guide named Mars retracing the history of the city. For the next 2 hours we listened with rapt attention to his candid narrations of how windmills helped tackle floods by pumping out excess water in early years, to stories about the red light district and the local ‘coffee shops’. The tour also paused at the Dutch East India Company coming into existence, its pivotal role in trade and in Europeans later setting base in South-East Asia. With the internet bombarding tourists with an unmanageable level of ‘Things To Do’, such a walking tour is an accelerated time travel, a boon to glimpse it all in a superficial, touristic perspective. 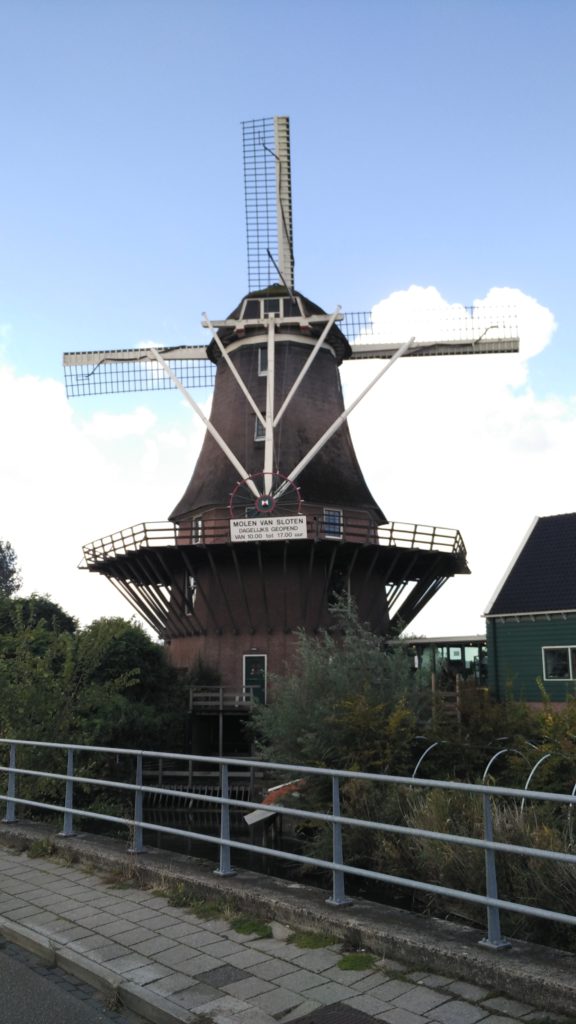 Exploring Amsterdam on a cycle

The city of Amsterdam, deriving its name from the Amstel river, is regarded the bicycle capital of the world (summed up wonderfully in https://www.theguardian.com/cities/2015/may/05/amsterdam-bicycle-capital-world-transport-cycling-kindermoord). If cycles are chariots on wheels, then Amsterdam has a million or more of these and the red-painted cycling lanes found throughout the city are their welcome carpets.

Renting a bicycle is quite easy thanks to the multiple outlets throughout the city. While locals have options far cheaper and more easily accessible, as tourists we opted for (http://black-bikes.com/) based on late closing hours and the possibility to return at any of their 14 locations. While the EC payment cards issued by German banks to students is sufficient for payments, a VISA or MASTER Card is required as security deposit. We were lucky to be given an exception (Oops, that was to remain a secret!). Escaping the ‘crowded city centers’, we cycled a round trip of 25-30 kms to visit the Molen van Sloten Windmill. The weather (which our tour guide Mars described as ‘shitty’ umpteen times) was constantly threatening to be just that, though it only did so on Tuesday morning.

Later on Monday evening was a visit to Anne Frank. The tour of the Secret Annexe where Anne Frank and her family lived in hiding during WW2 was a dream come true for me, having already read her diary (and thereby listening to her earnest thoughts). Considering the large number of visitors, only online bookings are possible. 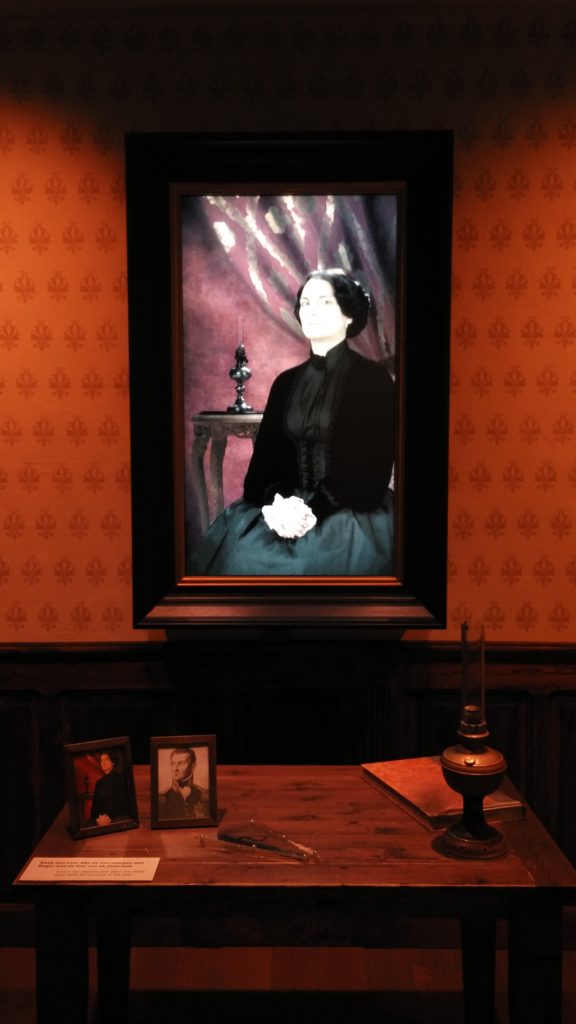 As already noted, weather on Tuesday morning did not inspire much activity. Breakfast at Pancakes Amsterdam (https://pancakes.amsterdam/ Note: Only card payments accepted) a 10-minute walk from Centraal was followed by the National Maritime Museum. Before humanity took to the skies, they took to the seas and the museum experience creatively recounts it.

While the whole of it was impressively presented with an audio guide, the Harry Potter-like talking portrait of a lady coming to life upon touching different objects on the table was a highlight.

A game to experience life at sea by answering riddles was fun as well. The tour of the full-size replica of 18th century Dutch ship ‘Amsterdam’, docked behind the Museum, was definitely an experience of a lifetime.

An innovative orange juice dispenser machine (the likes of which we have never seen in Germany) at the local supermarket squeezing out oranges at the tap of a knob to fill bottles did catch our attention as well.

https://www.woktowalk.com/ turned out to be an interesting (and reasonably priced) choice of restaurant, with customers having the option to pick from the numerous possible combinations of main dish, toppings and sauces like at a sandwich or pizza store. Turns out, the restaurant is already established in several countries.

That there is a bus (electrically powered) directly connecting the city to the Amsterdam Schiphol Airport to the city is welcome news. Come warmer days the simple yet splendid beauty of colors in the Tulip gardens remain to be witnessed and I am eagerly looking forward to it.